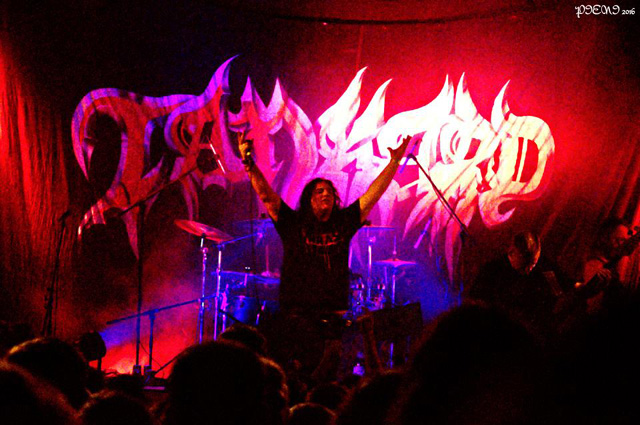 After HILLS HAVE EYES I took a break for dinner, returning to the venue in time to catch the last couple of songs by SIMBIOSE. Personally, not a great loss, as crust punk is far from my cup of tea. But the guys are good in the genre, and have been around for 25 years now, so you can imagine the number of fans they’ve collected so far and how enthusiastic the crowd was. I stayed back, close to DEMENTIA 13‘s merch stand, and took just a few pics while they played classics mixed with stuff from their latest work “Trapped” (2015).

Nine years had passed since I’d seen Spanish death-grinders HAEMORRHAGE, but not much has changed… Given the crowd’s response, that seemed to be a good thing.

I remember hearing of punk rockers THE PARKINSONS but never brought myself to actually listen to them. They weren’t bad, but given the “outrageous performances” they’re famous for, I was expecting more, much more. But then again, Moita Metal Fest wasn’t exactly the right place for such a band. I believe I would’ve had a blast if I’d seen them at some club in London, like the Underworld or the Electric Ballroom.

TANKARD was flawless. Thrash, beer and high spirits? More than a concert, it was a party. Having seen them twice before, I knew exactly what to expect, and being somewhat sick and tired, I was in no condition to fight my way through the vicious mosh circles. So, for once, I stood in the back of the venue, headbanging and screaming along to songs like “Die With A Beer In Your Hand”, “Metal To Metal” or “(Empty) Tankard”. 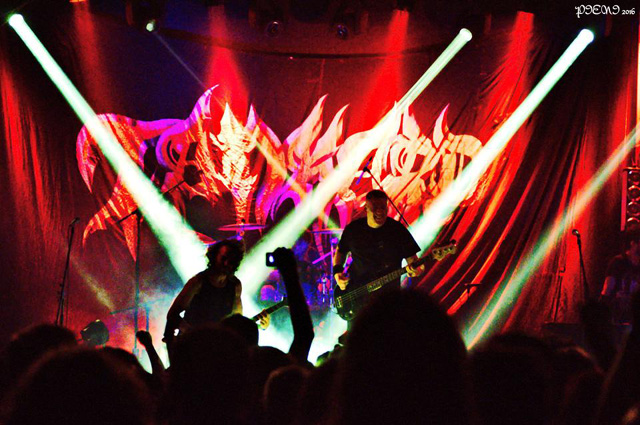 A metalhead who loves photography and her friends.
View all posts by Pieni →
This entry was posted in Concerts and tagged festival, Haemorrhage, metal, MMF, Moita, Simbiose, Tankard, The Parkinsons, underground. Bookmark the permalink.