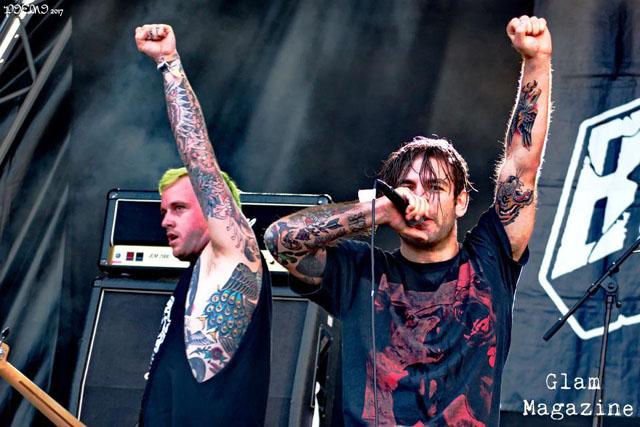 BRUTALITY WILL PREVAIL lived up to their name and backed up singer Louis Gauthier‘s words “if you didn’t know us, you surely know now”: the hardcore British quintet  drove Vagos crazy both with songs out of the album they’re currently promoting – “In Dark Places” – and what can already be considered classics, such as “Trapped Doors Moving Walls”. This was the track they finished their gig with and where Louis dove into the audience to take part in the crowdsurf.

A metalhead who loves photography and her friends.
View all posts by Pieni →
This entry was posted in Concerts and tagged Amazing Events, Brutality Will Prevail, BWP, festival, hardcore, Impericon, Vagos, Vagos Metal Fest. Bookmark the permalink.